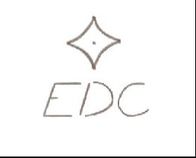 Welcome to the beginning of our Journey.  Let's see what we did over 20 years ago and figure out where we can go next or what we should go back to.

Say hello to the first company I ever registered as a business and even went as far as sending out letters of interest to thirty-one (31) of the largest car companies in the world.  EDC helped spawn my automotive business interests that would carry me over the next two (2) decades of my lift.  Even still to this day, I remember going down to city hall to register my business license for my personal design firm.

EDC or Everett Design Company, today is just a showcase for my past work and has long died out among my interests.  Today you won't find a site or any new designs, just a dusty old design folder with my past hopes and dreams.  I may have moved on from being an automotive designer, but I have not forgotten from where I came from.

Check out below to see what EDC made over the years and maybe you will find some of today's models hidden in some of my previous designs.  Remember I made contact with thirty-one (31) companies, with a few of them showing interest.

Hope you like them.
Everett J.
<
>
Back in 1997 I was just starting to move into 3D design, crossing over from my previous 2D side view world.  These are my first entries into this world as I learned to improve on my skill.
After I learned how to do 3D I began to create more and more cars.  Soon I had amassed a large portfolio and wanted to share them with the world.  With that thought I soon created my own design firm and built my first website.  After creating both I wrote my first company letter and sent it out to 31 of the biggest auto makers that I knew of.  I didn't get very far with my first letter, but that didn't stop me from pursuing my design dream.
See letter below:
The letter's from the companies didn't bother me and I kept right on going strong.  EDC and I were determined to make it in the world of design.
After learning a few things in college and deciding to change my course, I was soon off again on my design aspirations.  Aero Cars was taking over as my main project of interest and with it my interest in EDC was fading fast.  These are a few of my non tagged cars from those last design years of my career.

Everett Junkala first created EDC in June 1998, with the plans to sell automotive designs to car companies.  With a starting line-up of 21 designs, this little company from Garson, Ontario was headed in the right direction.  Pushing its nose into the market by going straight to the automotive centres of the world, EDC was well on its way into the design market.  But it was soon realized that the automotive companies of the world had their own and better designers, than EDC's head designer Everett Junkala.  So EDC decided to change their way of designing, and way of doing business, so head designer Everett Junkala decided to change the 21 designs to EDC's new way of designing.  But this new way was only a little change and a bigger change was needed, so the company decided to take a little rest for a while and go over what they could do to save the company.  Soon the company had the idea to take on big projects, which would take years to develop and would give the company some time to think about what they were doing, instead of just designing what they wanted.
​
The first project undertaken by this dying design firm was AERO, a car company with good designs, and good reviews by the public who had seen them.  EDC soon took on more projects like, ICST super cars, ECC, Dynamic luxury cars, and TITAN Trucks, while still working on AERO.  Over the years the company made many improvements in its designs, and way of designing.  In the summer of 2001, the company went in for a much needed overhaul, and when it came back after a year it had a whole new way of doing business, and a new cutting edge attitude, EDC is back and better than ever and is ready to get back into the automotive market, with AERO.